Introduction to Fluid Saturations and Properties in Unconventional 'Shale' Reservoir

As part of RMAG's on-going partnership with RPS Nautilus Training, we are offering a one-day short course in the ‘geochemical petrophysics’ of ‘Shale’ reservoirs taught by Andy Pepper, RPS instructor and founder of This is Petroleum Systems LLC.

This course, run by The Rocky Mountain Association of Geologists in partnership with RPS, provides a solid introduction to the ‘geochemical petrophysics’ of ‘Shale’ reservoirs.

The class will be taught on RPS's distance learning platform.

This course is designed for Geoscientists, including Petrophysicists, and Engineers seeking an up-to-date understanding of the physics and chemistry that determine performance of these difficult reservoirs. 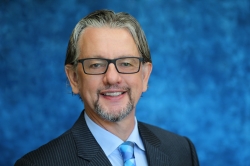 Andy Pepper began his career as a geologist at BP in 1981. In 1985 he was assigned to the Geochemistry Branch at BP’s research center, where he helped BP’s exploration teams perform geochemistry and basin modeling assessments, and went on to research, among other subjects, kinetic models of petroleum formation. These models remain industry standard today - becoming a core component of the Trinity software (for example) offered by Zetaware in 2000. Transitioning back to the exploration business in the North Sea, he co-authored BP’s Petroleum Geoscience Handbook and was then posted to Jakarta to support BP’s exploration team in geochemistry and basin modeling in the East Java Sea. In 1994, he was posted to Houston where he supported the BP team that opened the deep water Gulf of Mexico sub-salt play including application of early 2-D sectional modeling of pressure, temperature, petroleum charge and column capacity. While in Houston, Andy became the leader of the Global Geochemistry Network which at the time of the Amoco/Arco merger was expanded to integrate basin modeling into the new Petroleum Systems Network - regarded as one of the four “pillars” of geoscience in the company, with requirement for all geoscientists to attend
a purpose-designed in-house class. Andy’s served on the ‘Exploration Excellence’ prospect assurance team and his prospect evaluation risk matrix was adopted as a global standard in the early 2000’s.

In 2012, Andy joined BHP Billiton as VP of Geoscience on the Exploration Leadership Team: a functional role including provision of expert skills with a team of ~80 staff in all geologic, petrophysical and geological disciplines. He established BHP’s Volume, Risk and Value prospect evaluation methodology. BHP had just bought PetroHawk and this provided a rare opportunity to design BHP’s integrated unconventional geoscience workflows from scratch. From 2014 onward, he served as VP Unconventional Exploration, with emphasis on the Permian Basin which was in the early stages at that time. Andy led this team to perform a Global Endowment study for unconventionals that informed BHP’s corporate view of future global potential.

In 2015 Andy left BHP to set up This is Petroleum Systems LLC (aka TIPS), dedicated to ‘unfinished business’ in advancing the role of petroleum systems in E&P. TIPS delivers training, research, tool development and studies in both unconventional and conventional E&P. Current emphasis in unconventionals is in developing tools to better understand true (potentially producible) fluid saturations.

Andy has co-authored numerous written papers in Marine & Petroleum Geology, and presented oral papers at AAPG nd other conventions, all in the field of petroleum systems analysis.

Go Back |  Remind Me
QUICKLINKS